Start a Wiki
At last, the coolest couple in the DCU gets the spotlight! Tim Drake and Stephanie Brown have sacrificed so much. For each other. For their families. For Young Justice. Now, Tim and Stephanie must take control of their destinies as Young Justice gathers together to help overcome their criminal pasts!

Summary of Stephness: Spoiler, having defeated many goons sent by her father to kill her, attacks Drake, who has come to help her. As they deal with the last of the goons together, she tells him over her quest to find the Cluemaster, raiding lairs in Central City, fighting off the assassin La Tombe with her transforming three-part staff, until she found herself on the rooftop where she met Drake.

Meanwhile, Cluemaster refuses to pay the henchmen who failed to kill his daughter, and complains to his current henchmen that his plan to fake his death (in Batman Eternal #51) so that his daughter would stop spoiling his plans isn't working. He takes down this batch of henchmen just as Spoiler and Drake scale the skyscraper in their motorcycles. Cluemaster stuns Drake briefly, and faces off against his daughter. Drake throws a smoke-batarang, giving Spoiler all the chance she needs to deliver a truly epic beatdown on her bad dad. Young Justice arrives to haul away the villains and give Steph the support they gave Conner previously, to prevent her from going too far. Steph and Tim kiss passionately, and they transition to a little while later, eating together at a sidewalk cafe. They learn that Tim has changed his costume and name back to Robin, because Batman and Spoiler insisted. Their peace is interrupted by the explosive arrival of Wonder Girl, who says her grandfather Zeus has gone mad!

Behind the Scenes: @BrianMBendis: Thank you! the next two issues of #youngjustice are going to be a mad mad mad mad world of wonder comics crazy. guest starring EVERYONE! THEN we'll settle down into some smaller stories. 16 is bart and Conner, 17 is bart, Conner and Tim, 18 is Tim and... Spoiler. #DCWonderComics

Scott Godlewski posted many in-progress pieces of the issue featuring Steph on his twitter! 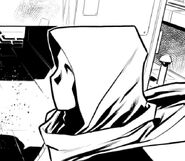 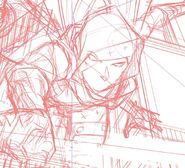 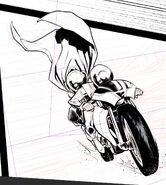 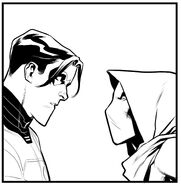 Add a photo to this gallery
Retrieved from "https://stephaniebrown.fandom.com/wiki/Young_Justice_Vol_3_18?oldid=17361"
Community content is available under CC-BY-SA unless otherwise noted.